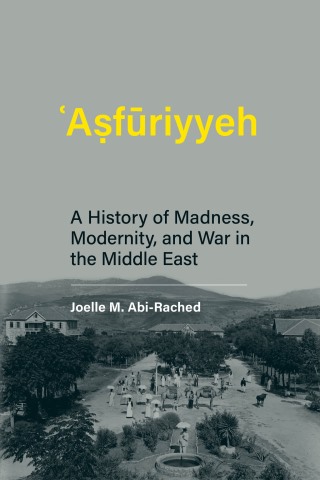 A History of Madness, Modernity, and War in the Middle East

The development of psychiatry in the Middle East, viewed through the history of one of the first modern mental hospitals in the region.

&#703;A&#7779;f&#363;riyyeh (formally, the Lebanon Hospital for the Insane) was founded by a Swiss Quaker missionary in 1896, one of the first modern psychiatric hospitals in the Middle East. It closed its doors in 1982, a victim of Lebanon's brutal fifteen-year civil war. In this book, Joelle Abi-Rached uses the rise and fall of &#703;A&#7779;f&#363;riyyeh as a lens through which to examine the development of modern psychiatric theory and practice in the region as well as the sociopolitical history of modern Lebanon.

Joelle M Abi-Rached: Joelle M. Abi-Rached, M.D., PhD, is a Fellow at Columbia University's Society of Fellows in the Humanities and an invited researcher at the École normale supérieure and the École des hautes études en sciences sociales. She is the coauthor of Neuro: The New Brain Sciences and the Management of the Mind.