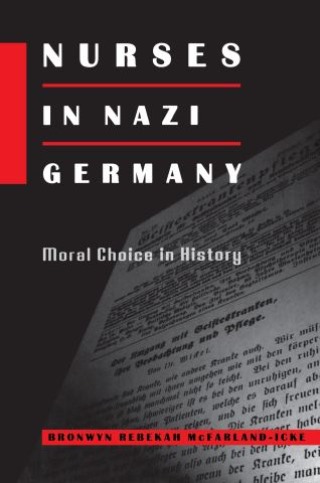 This book tells the story of German nurses who, directly or indirectly, participated in the Nazis' "euthanasia" measures against patients with mental and physical disabilities, measures that claimed well over 100,000 victims from 1939 to 1945. How could men and women who were trained to care for their patients come to kill or assist in murder or mistreatment? This is the central question pursued by Bronwyn McFarland-Icke as she details the lives of nurses from the beginning of the Weimar Republic through the years of National Socialist rule. Rather than examine what the Party did or did not order, she looks into the hearts and minds of people whose complicity in murder is not easily explained with reference to ideological enthusiasm. Her book is a micro-history in which many of the most important ethical, social, and cultural issues at the core of Nazi genocide can be addressed from a fresh perspective.


McFarland-Icke offers gripping descriptions of the conditions and practices associated with psychiatric nursing during these years by mining such sources as nursing guides, personnel records, and postwar trial testimony. Nurses were expected to be conscientious and friendly caretakers despite job stress, low morale, and Nazi propaganda about patients' having "lives unworthy of living." While some managed to cope with this situation, others became abusive. Asylum administrators meanwhile encouraged nurses to perform with as little disruption and personal commentary as possible. So how did nurses react when ordered to participate in, or tolerate, the murder of their patients? Records suggest that some had no conflicts of conscience; others did as they were told with regret; and a few refused. The remarkable accounts of these nurses enable the author to re-create the drama taking place while sharpening her argument concerning the ability and the willingness to choose.