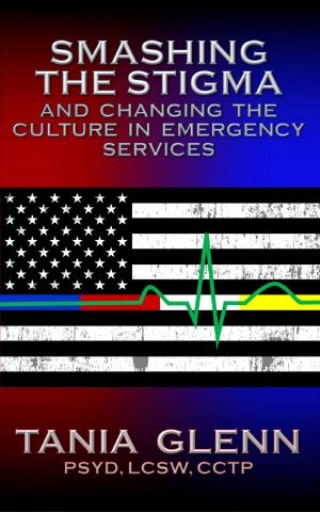 Smashing the Stigma and Changing the Culture in Emergency Services

First responders are one of our most valuable resources. Today, they are facing unpresented levels of trauma, chaos, isolation, and violence. Now, more than ever, the mental health of our public safety members has to be a priority. First responders across the United States and around the world have been hit with significant stress, violence, and chaos. The current situation has pushed many first responders too far and with as much as they can take. The time for change is now. This is a book about change. This is a book about caring for hearts and minds and getting it right. This book applies to everyone, from top leadership down to the front line. Agencies and first responders alike need to lean into the concept of mental health for first responders and get serious about their care. Now more than ever. "Smashing the Stigma and Changing the Culture in Emergency Services," Tania Glenn's latest book, delivers a clear road map to assist everyone who wants to create change and bring about healing for public safety personnel.

Tania Glenn: Tania was three months from completing her Master's Degree at the University of Texas when she witnessed the dramatic and violent standoff between law enforcement and the Branch Davidian Cult in Waco, Texas. At that point, she knew her calling was to work with first responders and to focus on healing these warriors from the horrors of post-traumatic stress disorder. Tania spent the first ten years of her career working in a Level Two Trauma Emergency Department on weekend nights as she built her private practice during the week. In 2002, Tania transitioned to her private practice on a full-time basis and has dedicated her entire career to working with first responders and military members. Tania assisted with the aftermath of the Oklahoma City Murrah Federal Building bombing, the 9/11 attacks on the World Trade Center, Hurricane Katrina, the Dallas Police shootings, and numerous other incidents. Tania is referred to as the "warrior healer" by her colleagues, and she is passionate about her work. Tania resides in Central Texas. Her loves include her family, her pets, and fitness.