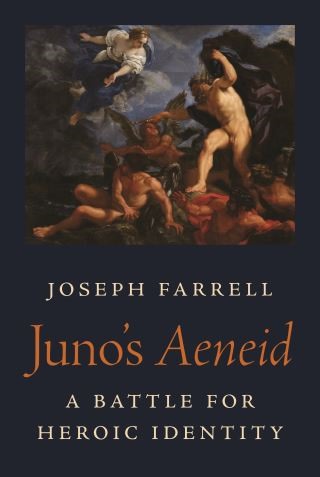 A Battle for Heroic Identity

This compelling book offers an entirely new way of understanding the Aeneid. Many scholars regard Vergil's poem as an attempt to combine Homer’s Iliad and Odyssey into a single epic. Joseph Farrell challenges this view, revealing how the Aeneid stages an epic contest to determine which kind of story it will tell—and what kind of hero Aeneas will be.

Farrell shows how this contest is provoked by the transgressive goddess Juno, who challenges Vergil for the soul of his hero and poem. Her goal is to transform the poem into an Iliad of continuous Trojan persecution instead of an Odyssey of successful homecoming. Farrell discusses how ancient critics considered the flexible Odysseus the model of a good leader but censured the hero of the Iliad, the intransigent Achilles, as a bad one. He describes how the battle over which kind of leader Aeneas will prove to be continues throughout the poem, and explores how this struggle reflects in very different ways on the ethical legitimacy of Rome’s emperor, Caesar Augustus.

By reframing the Aeneid in this way, Farrell demonstrates how the purpose of the poem is to confront the reader with an urgent decision between incompatible possibilities and provoke uncertainty about whether the poem is a celebration of Augustus or a melancholy reflection on the discontents of a troubled age.

Joseph Farrell: Joseph Farrell is the M. Mark and Esther K. Watkins Professor in the Humanities and professor of classical studies at the University of Pennsylvania. His many books include Ennius' "Annals": Poetry and History and A Companion to Vergil’s "Aeneid" and Its Tradition.