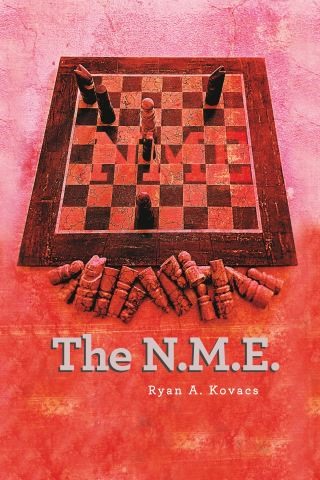 The N.M.E. is a novel in verse set in the 1960's, an eye-opening tale of love, hate, and revenge that submerges the reader into the mind of a true killer. Hell bent on committing patricide, Michael has to escape from prison in order to fulfill this one malevolent desire. Much like a game of chess, he must think several moves ahead and choose his actions carefully in order to succeed. Accompanied by a fellow inmate, Bruno, there is nothing and no one that will stop him from killing his father.

Ryan Kovacs is a Rochester, NY native who loves to travel, meet new people and have profound conversations. His writing stems from his experiences and the many different personalities he’s met throughout the years. Poetry is what moves him, and his true talent lies in storytelling. His first published book is titled I Considered You, which he followed up with The N.M.E., both novels in verse. The N.M.E. (second edition) will be released in early 2022 by PHiR Publishing. Ryan served in the United States Army and continues to serve in the Air National Guard. He is a family man who surrounds himself with like-minded people, and has never been one to shy away from uncomfortable topics. Give him a beer and he’ll provide the storytelling.