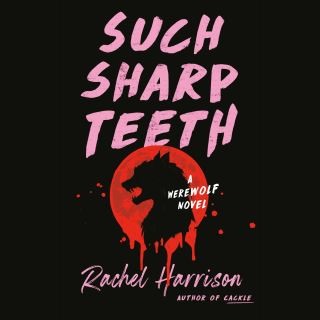 A young woman in need of a transformation finds herself in touch with the animal inside in this gripping, incisive novel from the author of Cackle and The Return.

Rory Morris isn’t thrilled to be moving back to her hometown, even if it is temporary. There are bad memories there. But her twin sister, Scarlett, is pregnant, estranged from the baby’s father, and needs support, so Rory returns to the place she thought she’d put in her rearview. After a night out at a bar where she runs into Ian, an old almost-flame, she hits a large animal with her car. And when she gets out to investigate, she’s attacked.

Rory survives, miraculously, but life begins to look and feel different. She’s unnaturally strong, with an aversion to silver—and suddenly the moon has her in its thrall. She’s changing into someone else—something else, maybe even a monster. But does that mean she’s putting those close to her in danger? Or is embracing the wildness inside of her the key to acceptance?

This darkly comedic love story is a brilliantly layered portrait of trauma, rage, and vulnerability.

Rachel Harrison: Rachel Harrison is the author of Cackle and The Return, which was nominated for a Bram Stoker Award for Superior Achievement in a First Novel. Her short fiction has appeared in Guernica, Electric Literature's Recommended Reading, and as an Audible Original. She lives in Western New York with her husband and their cat/overlord.