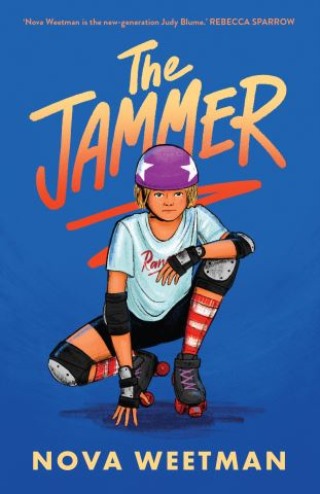 Fred has moved around her whole life, one small town after another. She never minded starting over because she always had her mum, her dad and her love of roller derby. On the track she was Fred or Dead, the star jammer, a gun at smashing through a line of bodies and scoring for her team. But now Fred' s life has fallen apart, and she can' t imagine putting her skates on again. After road tripping to Melbourne with her dad, Fred meets a bunch of people who think they know what' s best for her. And although she tries to avoid it, roller derby has a way of barging back into her life. A true jammer could push through anything, but Fred doesn' t know who she is anymore. What do you do when the thing that could save you is what hurts the most?

Nova Weetman: Nova Weetman lives in Melbourne with her family. She has written for TV and is the author of many middle grade and young adult novels. Her books have been listed as CBCA Notables and shortlisted for many awards, including the Readings Children' s Book Prize, the Speech Pathology Book of the Year Awards and the YABBA Awards. Nova' s middle grade novel The Edge of Thirteen won the ABIA Award for Small Publishers' Children' s Book of the Year.